Located in the heart of agricultural country in the South East of South Australia (near the Victorian border), the Society has seen many changes since its inception.

The concept of a local show began after a public meeting held on April 16th 1862 when the Apsley and Border Pastoral and Agricultural Society was formed. It was decided at this meeting that an annual show should be held, the first being at Apsley, the second at Harrow and the third at Naracoorte and that the annual shows should continue in that order.

For reasons known only to past committees, although the first show was held at Apsley in 1862, the second show held at Harrow on August 19th 1863 is the one from which all future show dates have been calculated. At the Harrow show horses, cattle, sheep, pigs, poultry and dairy and agricultural produce were exhibited. The number of entries was recorded as ‘very disappointing’, with only one pair of Spanish fowls entered in the poultry section and one sow entered in the pig section. In the agricultural produce section there was also only one entry of “20lb. sheep wash tobacco”.

As this show ended up being a financial disaster, the committee decided to no longer hold any shows at Harrow. They sold the yards, gates and hurdles that had been made for the show and the profits went back into the general show funds. The popularity of shows was waning around this time and although the committee continued to hold shows at Apsley and Naracoorte, by 1866 the income from the show was barely enough to be sustainable.

In 1868 the committee decided that the Show needed more interest, so they renamed the association the Naracoorte and Border Pastoral and Agricultural Society. By 1871 Naracoorte had its own show which was held on what was later known as ‘Sale Yard Hill’. Shows continued here until 1890 when the Society leased a portion of a paddock close to the town for a period of 14 years and then exercised a right to purchase.

In 1903 a neighbouring piece of land was made available through closer settlement and the Society applied for it and it was allotted to them. The Society then owned about 7 acres right in the centre of Naracoorte and the exhibitions have been held at this venue ever since.

Over the years many improvements have been made to the grounds. The first, in 1894, was a perimeter fence and a hall (that was later doubled in size) and in 1917 the town band arranged a skating rink in it!  An oval cycling track was built in 1898, being 480 yards around and was described as the best cycling track in the State at the time.

In 1953 the Syd Shepherd Memorial gates were built to commemorate this past president and agricultural innovator. The Naracoorte Trotting Club was formed around this time and provided its own floodlighting at the grounds in 1956. During this period the 70 odd stables were also built and have just recently been renovated. Football was held at this venue for many years and in 1959 the football club erected its own clubrooms. The CWA clubrooms were built on the grounds in 1960 and the Senior Citizens clubrooms in 1972. 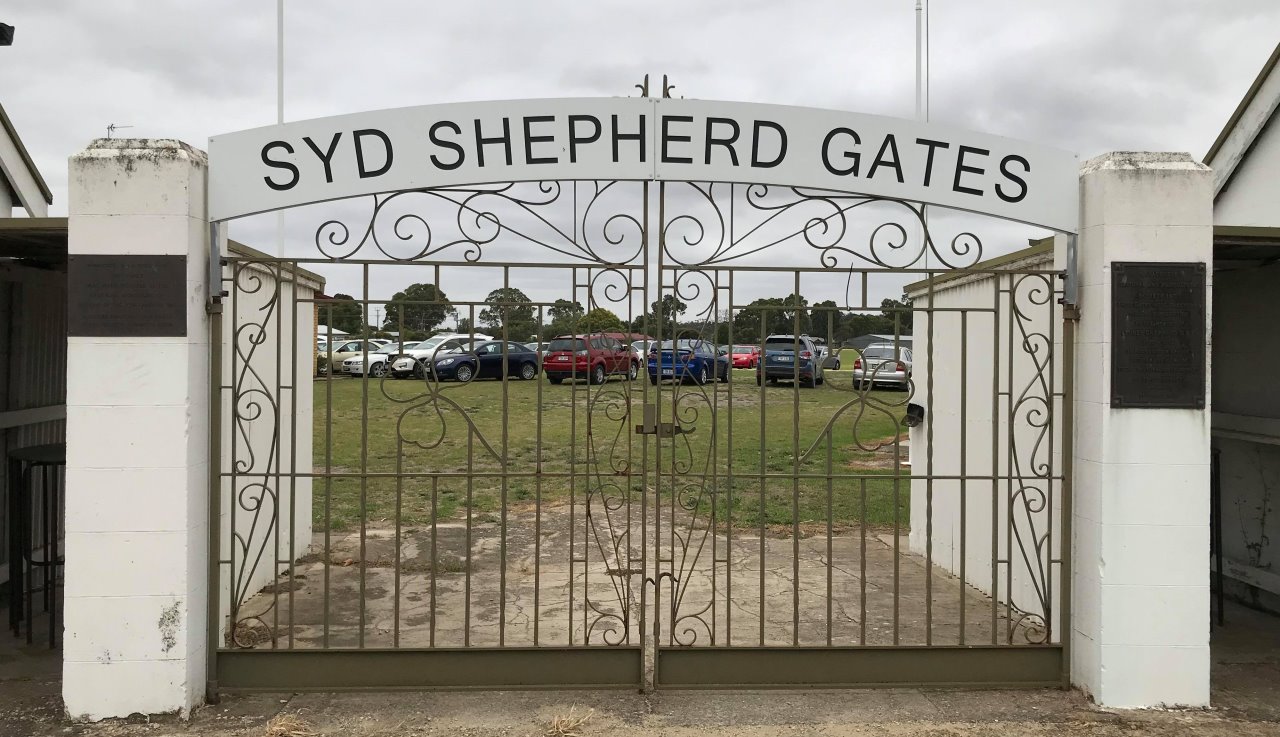 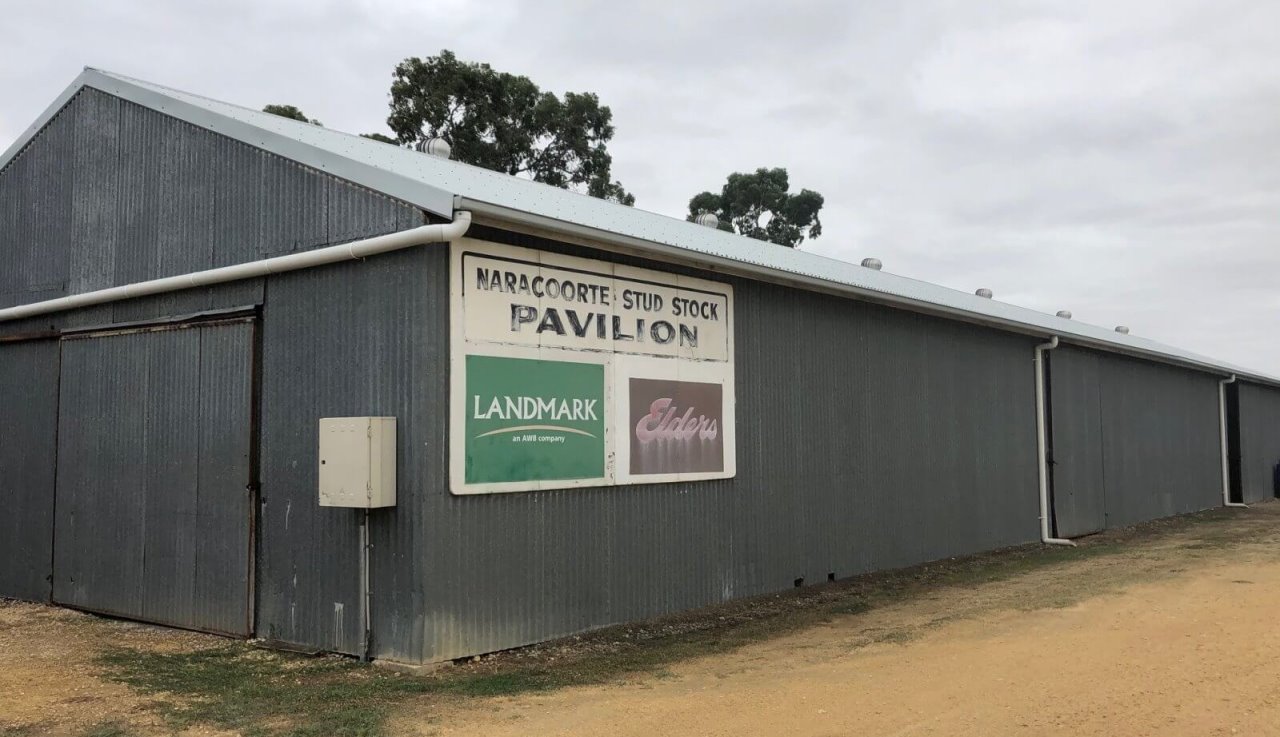 To mark the centenary of the Society in 1963, the Stock Salesman’s Association funded the erection of the current Sheep Pavilion. Rams sales are still held in the pavilion today. The grounds also boast a cattle pavilion, poultry pavilion and excellent camping facilities and amenities.

The centenary show in 1963 was opened by the state Governor, Sir Edric Bastyan and the South Australian Police Force supported the show by attending with both the SA Police Band and the mounted Police Greys. Exhibits at the show included a variety of sheep, cattle, dogs, poultry and horses as well as cookery, cut and potted flowers, bouquets, floral art, art fancy work, wool, jams and preserves, handicrafts, farm produce, vegetables, fruit, and photography. The show was a resounding success breaking records both with entries and attendees.

Over the last 50 years the show has seen many changes. In past years the event was held on Friday and Saturday, with Friday night entertainment including 6 bar jumping competitions and trotting races. Horse events were held on the main oval during the show and the grounds were crowded with trade stalls and show rides. With the demise of the trotting club some years ago it was decided by the then P&A committee to remove the trotting track and fences and expand the size of the main arena. This was successfully achieved and has greatly increased the available grassed areas. Due to the size of the grounds and the modern day requirements for safety it was decided some time ago to hold the horse section as a separate show on the Sunday and thereby provide more space for trade stalls, show rides and show entertainment and competitions on the Saturday. This concept has worked well and the horse show is now one of the most well supported in the State.

Not so long ago the main show day was not so well supported, with only a couple of interested committee members, small funds and a lack of public interest. There was only one competitive competition (cut flowers) and the show had lost its name and was instead called the ‘Round-Up’ in a desperate attempt to engage some public interest. It was at this time that a couple of people decided to re-ignite the local poultry club (that was in recession) and approached the P&A Society about having a poultry competition on show day. (These two people are now the President of the P&A Society and the Show Secretary!) This was welcomed and successfully achieved and the positive feedback from the public was phenomenal. At the following show classes for cookery, scrapbooking, photography, jams and preserves, art, cut flowers and handicrafts were introduced. Again the feedback and support was exceptional and the show has rebounded from a bleak outlook to a ‘must attend’ on the show calendar.

Over the last two years we have also seen the return of a number of stock competitions, young judges championships, more indoor sections, trade stalls and show rides not to mention outstanding community support with over 3000 people through the gate.

In its 157th year in 2020, the show is going from strength to strength. The show is affiliated with SA Country Shows as well as being a border affiliate of Victorian Agricultural Shows Ltd. There is strong support from the ‘next generation’ with a number of committee members being past and present Rural Ambassadors. Since the first Rural Ambassador was selected to represent the Society in 2009, every single Naracoorte representative has progressed to the SA State finals of the competition, with the 2009 representative actually winning the State title. The Society is well aware of the importance of young people and the energy and ideas they bring to the committee.

There are many ideas and plans underway  and the committee is excited and inspired to bring to the community a show to be remembered.

The Naracoorte show has a facebook page and website and we enjoy hearing from the public and sharing the latest news and developments for the show.

Come and join us for the Naracoorte Show in October! 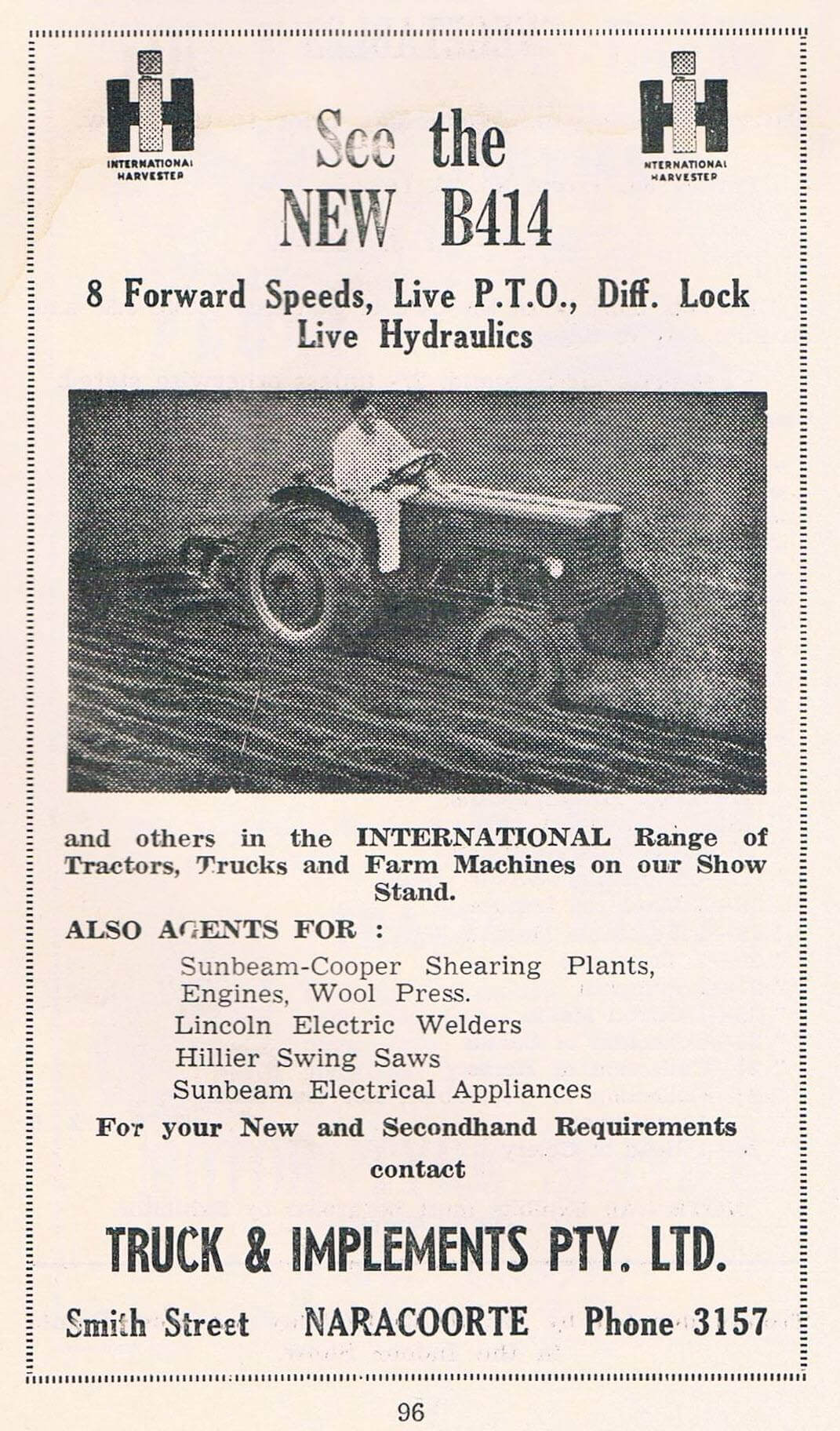 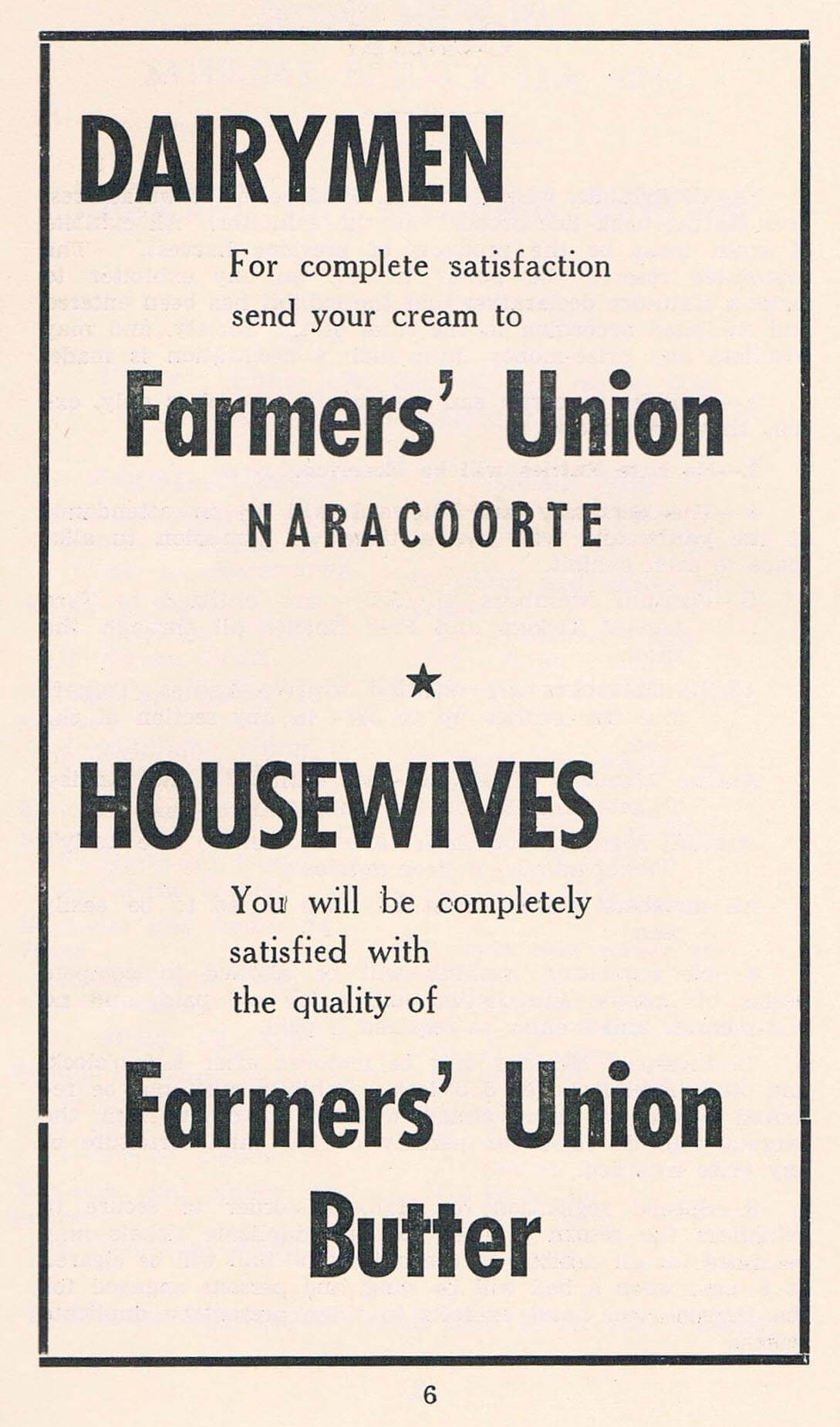 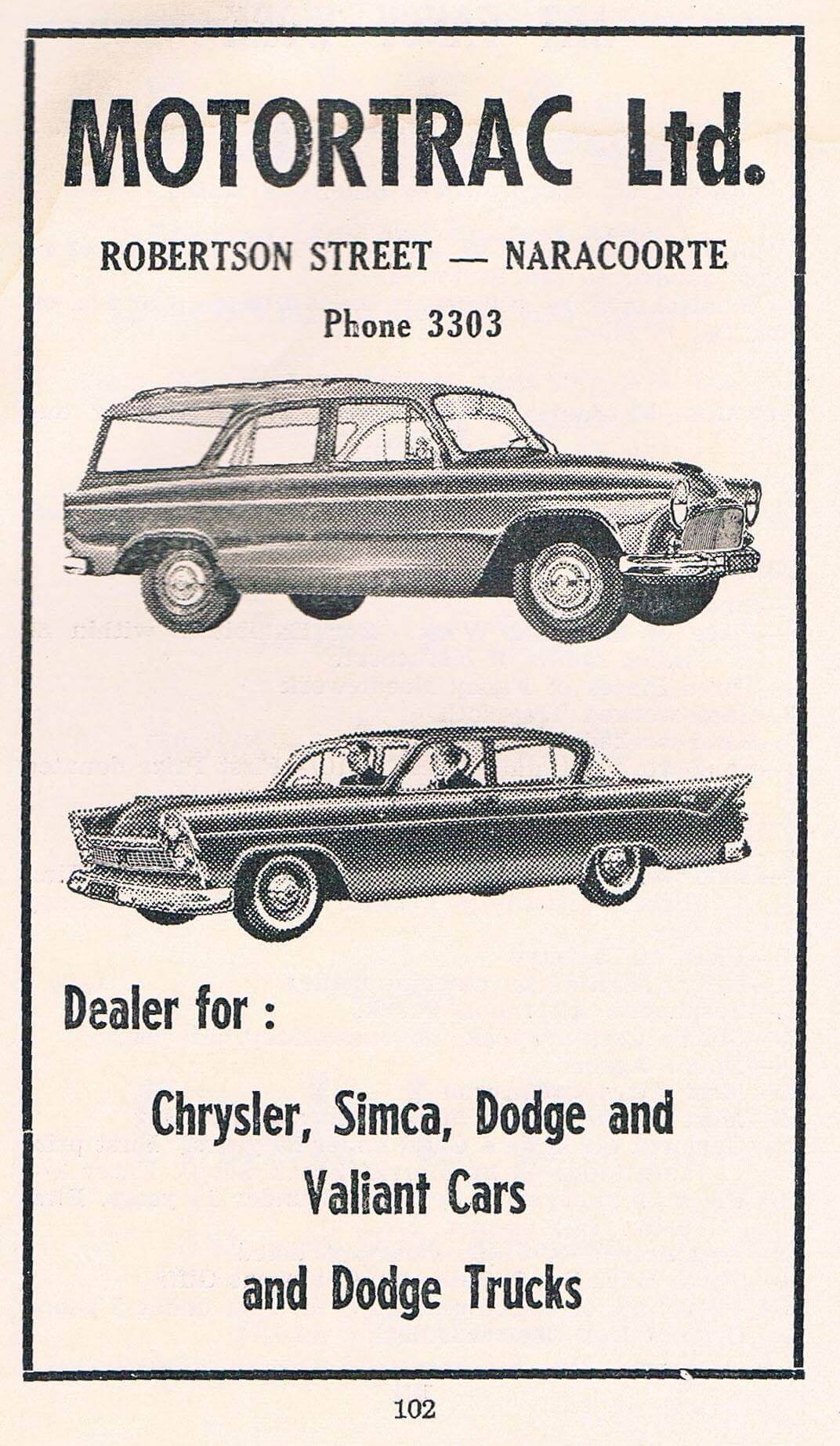 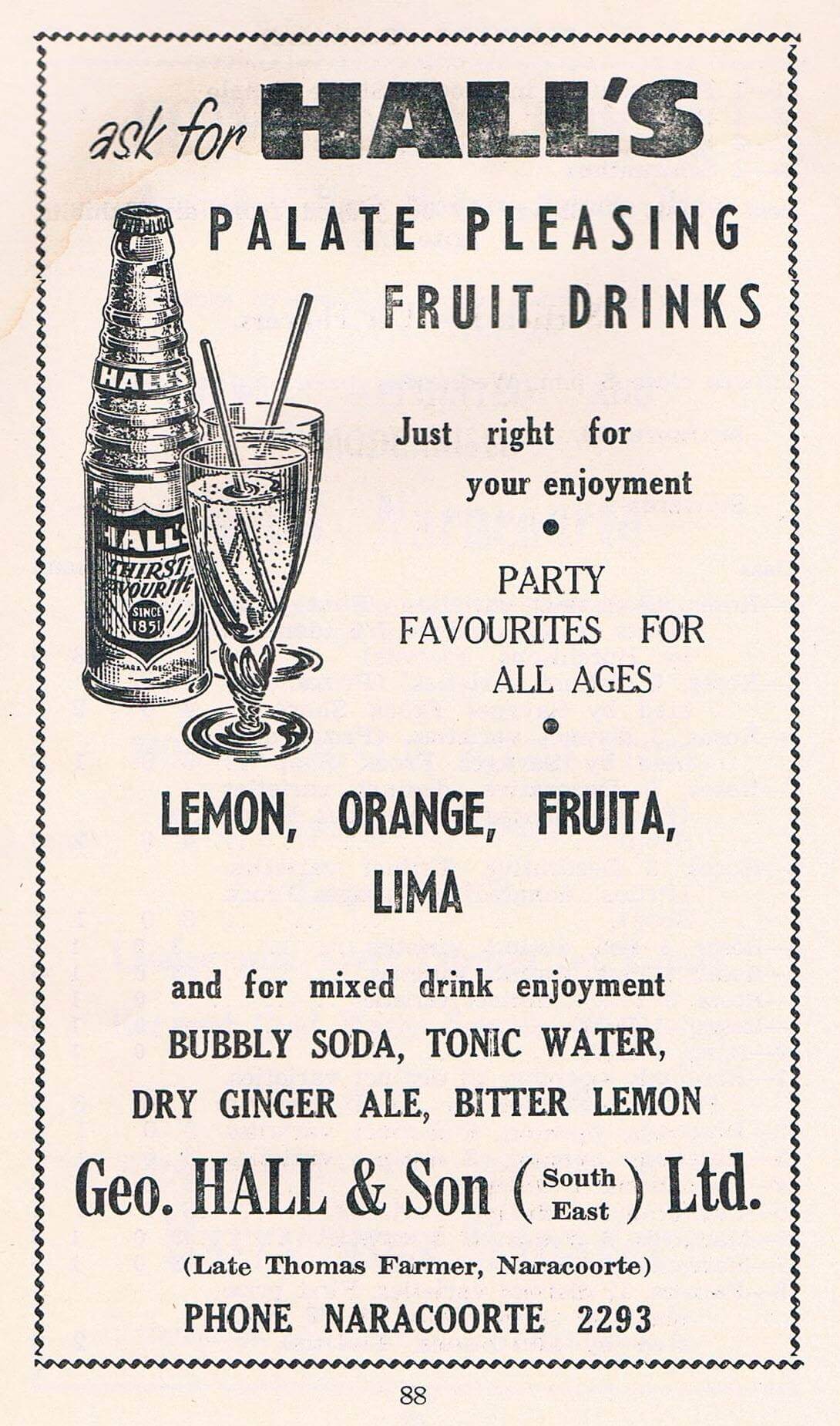 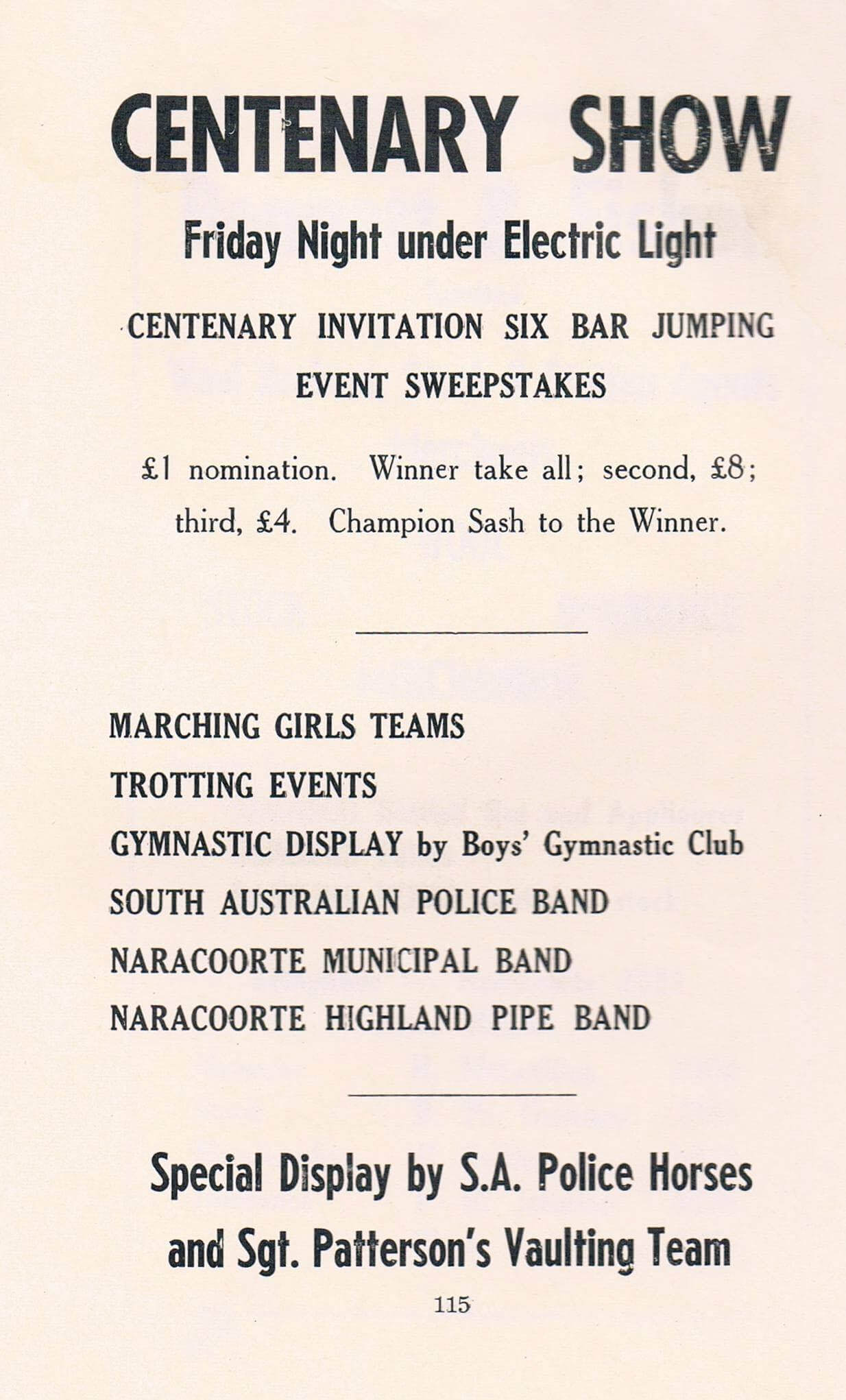 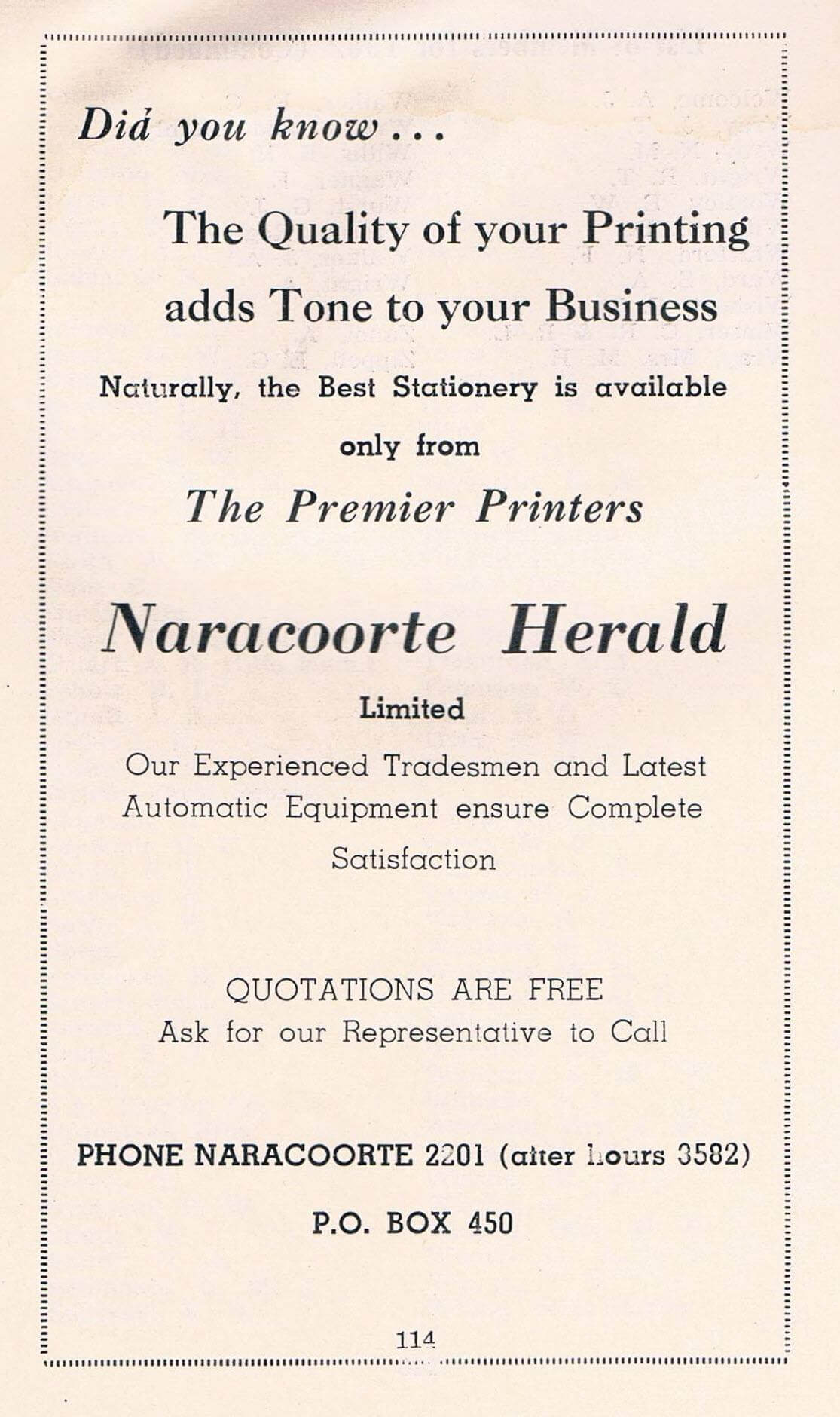 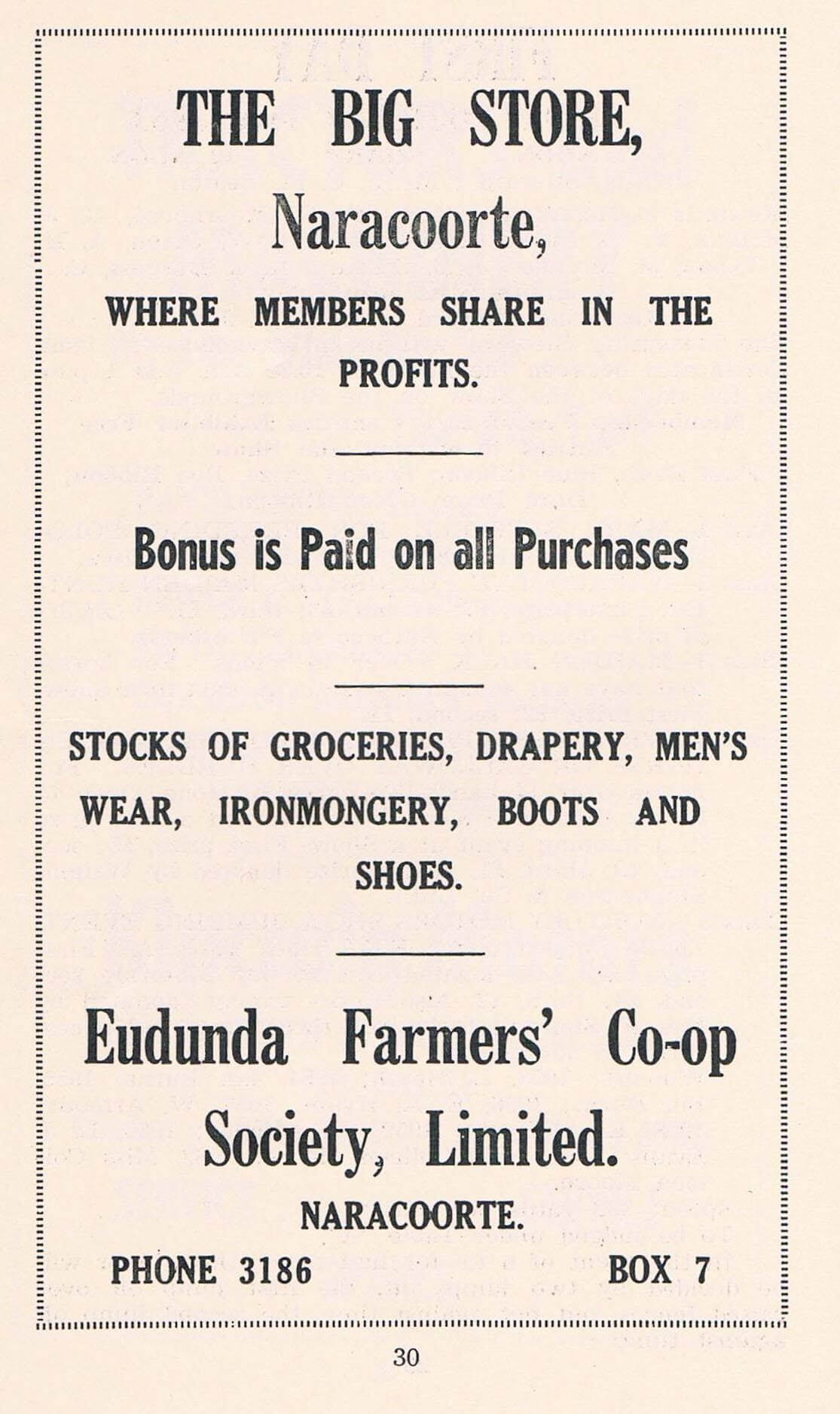 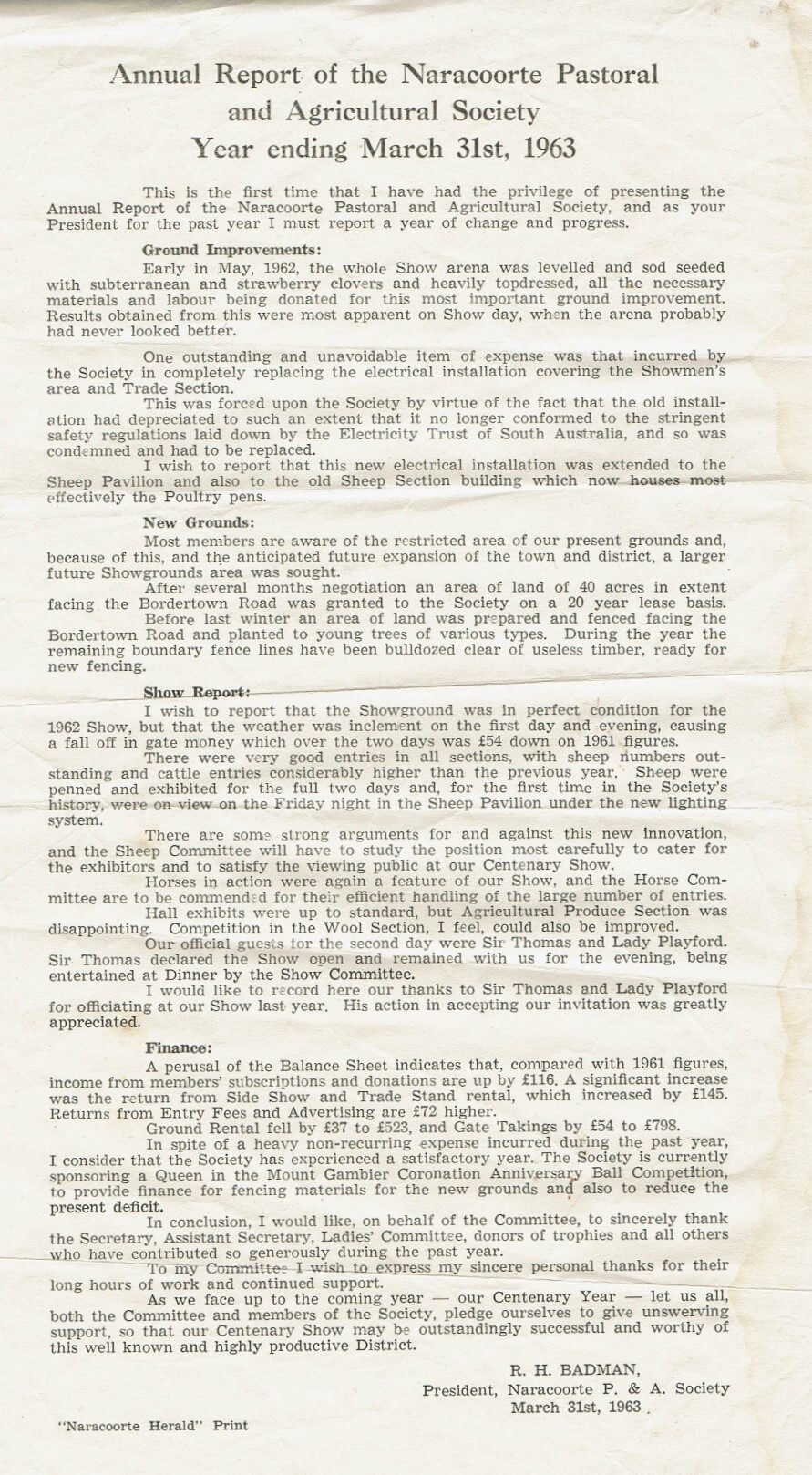 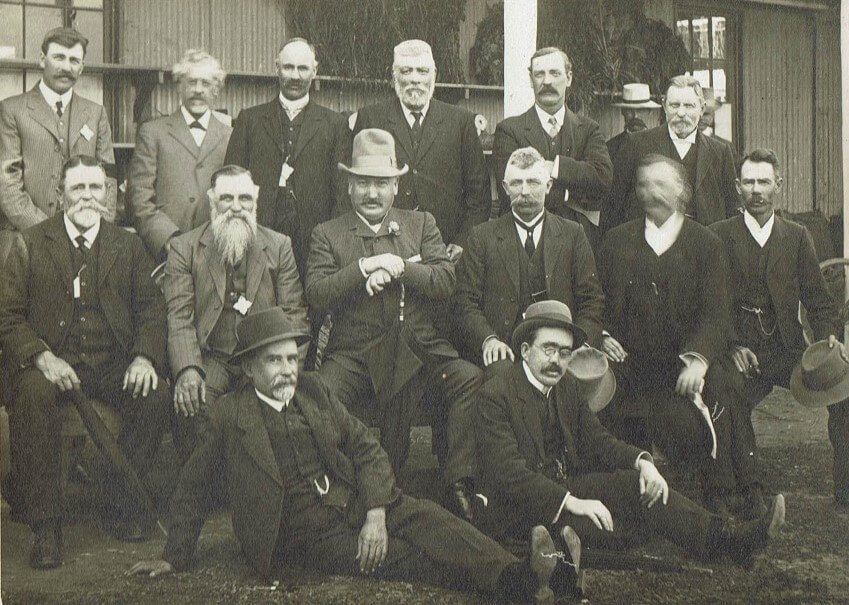 We have this historical photo, however we don’t know who the gentlemen are?  We would love to know!  They must have been a P&A committee at some point in time. 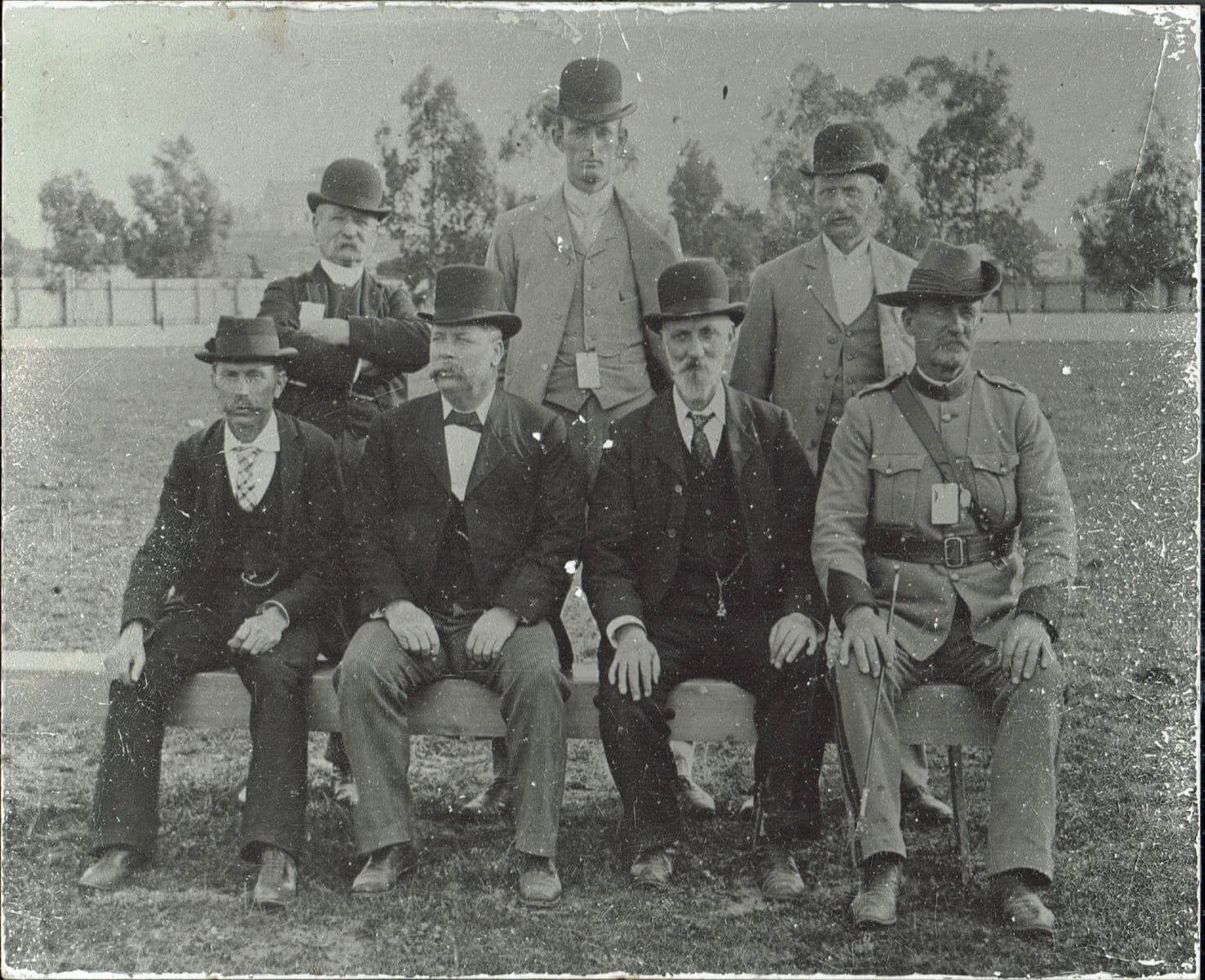 This photo was taken on 24th April 1974. It was a Poll Hereford Bull sale, and the first time that the new Bull Pavilion was used. 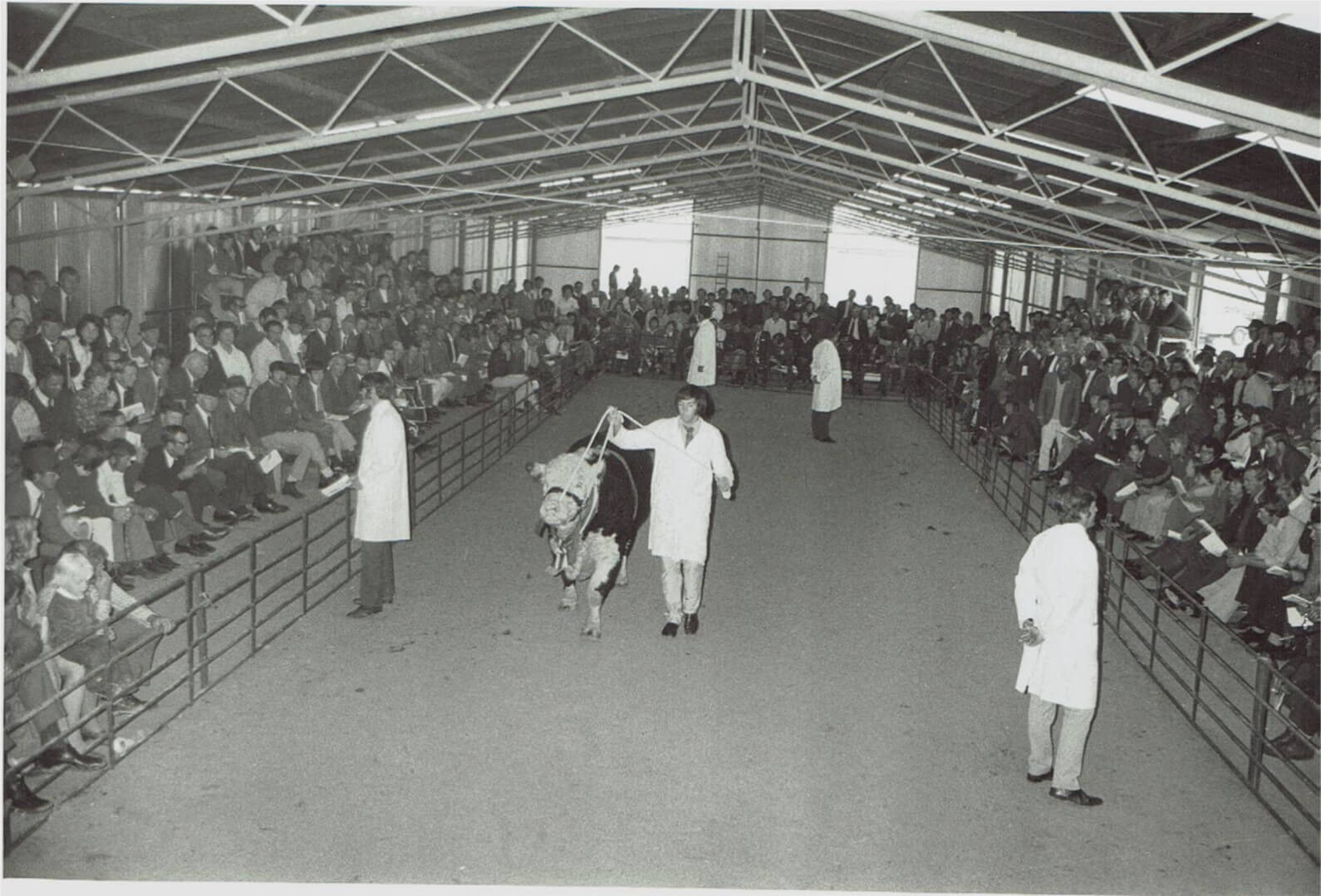 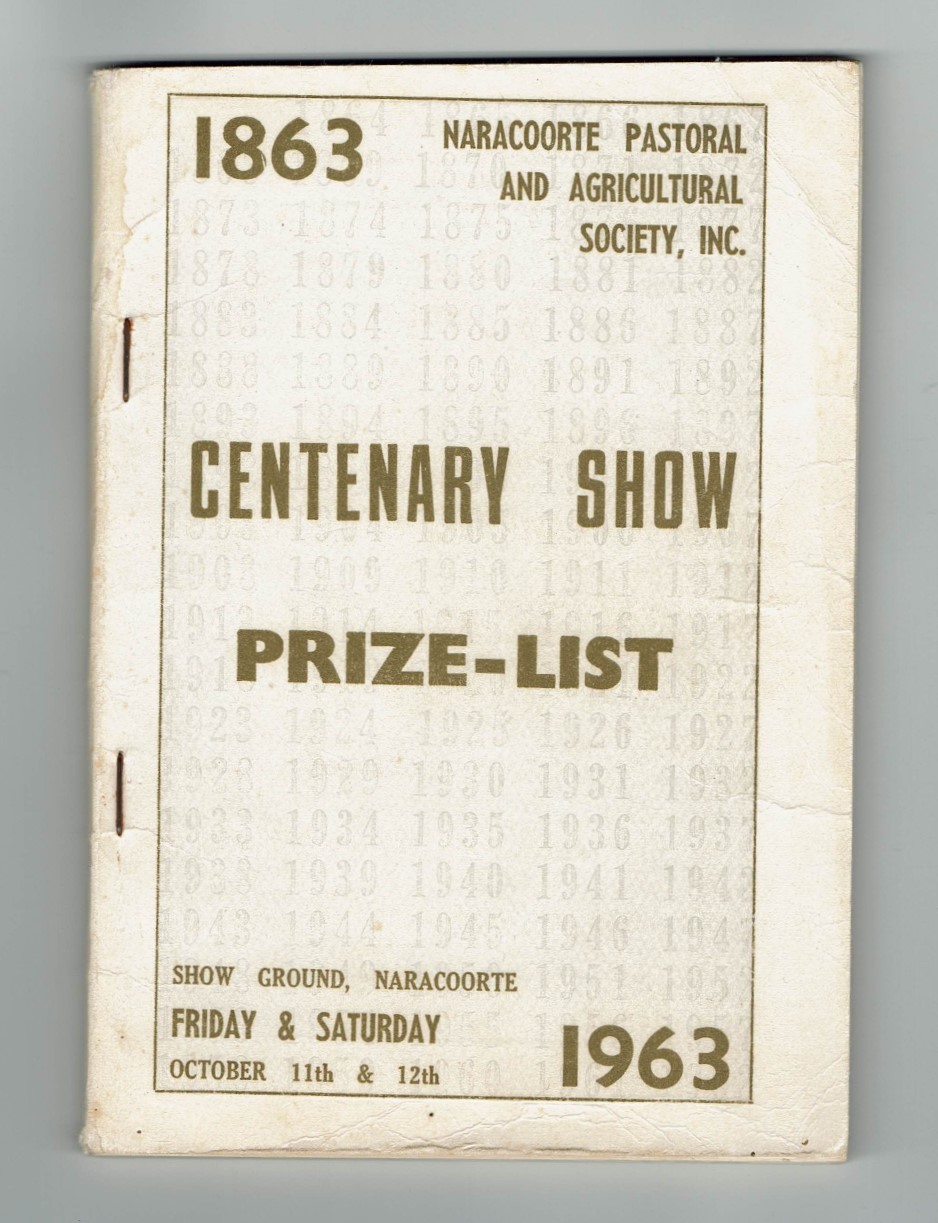 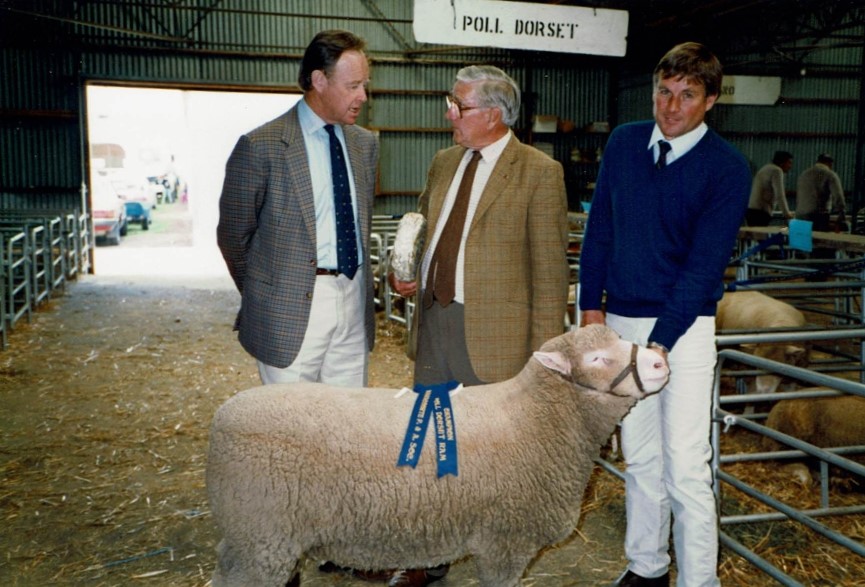 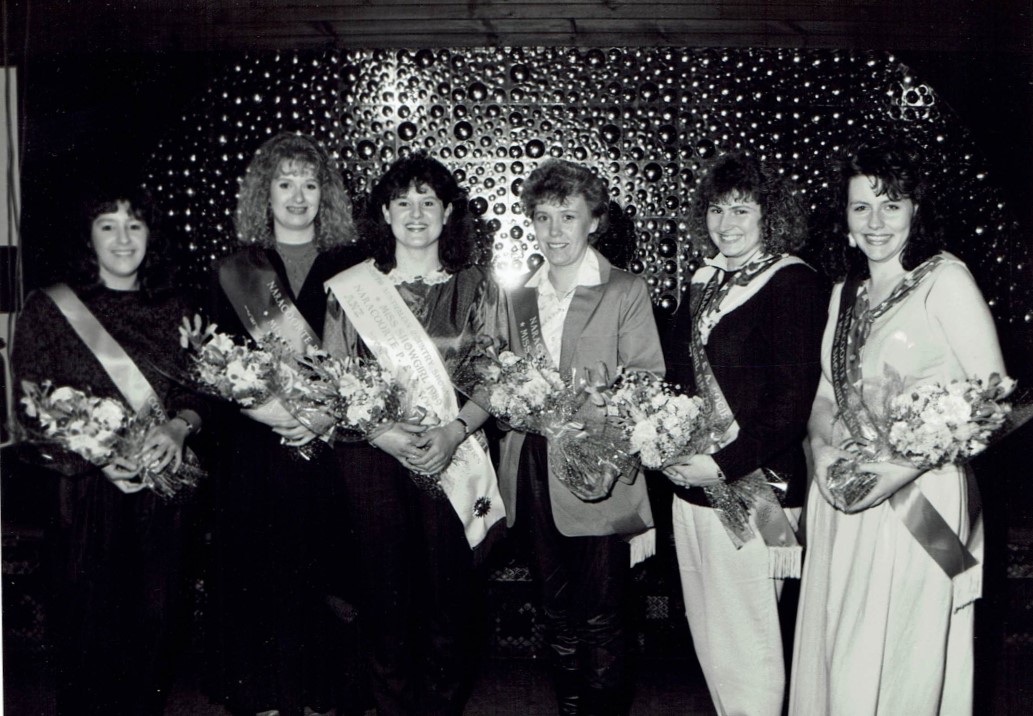 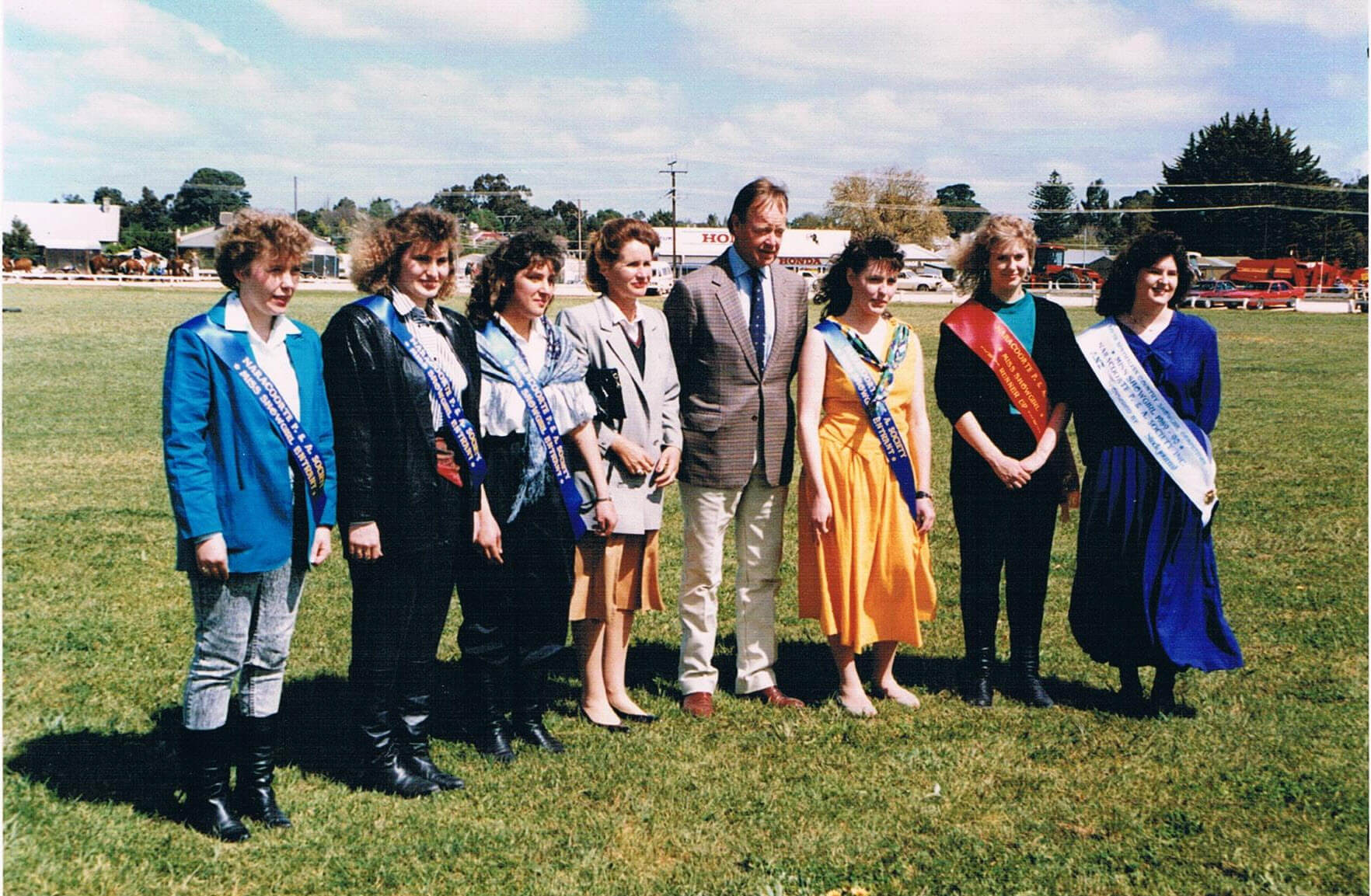